Take a hollow cylinder (a tube), bend it to a ring, connect the two open ends and you get a torus: 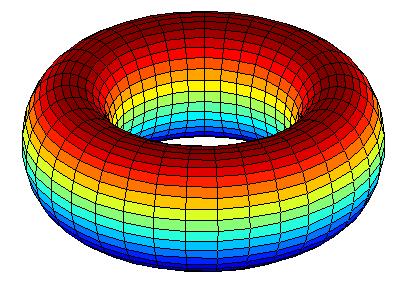 Another construction is to revolve a circle in three dimensional space about an axis coplanar with the circle (Wikipedia). The torus is in a standard, canonical position if the circle is perpendicular to the x/y-plane and is rotated about the z-axis.

The implicit equation of the canonical torus with inner radius r and revolving radius R is:

This formula is derived in the figures below. 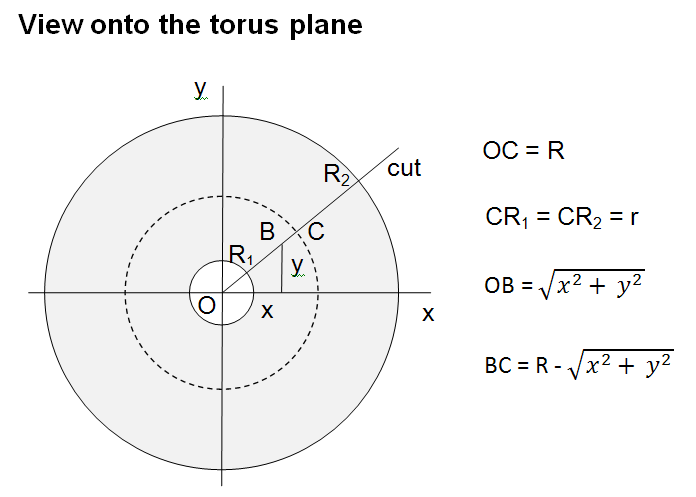 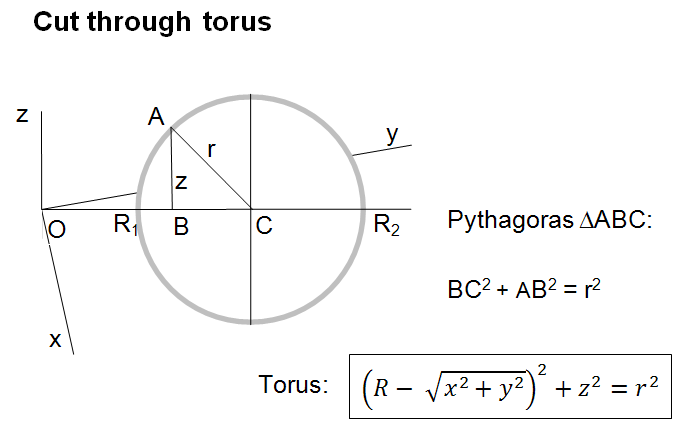 Torus is a 2-dimensional surface and hence can be parametrized by 2 independent variables which are obviously the 2 angles:

The vector c from the origin O to the inner center C of the torus is:

The vector d from the inner center C of the torus to the point A on the torus surface can be written as the sum of its orthogonal components:

By substituting (2) and (3) into (4) we get the parametric equations of the torus:

The parameters α, β are usually denoted by u, v, respectively.

An Octave program (see also SourceForge) for drawing a torus is below (similar to Matlab):